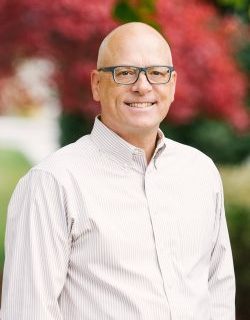 Mark Grajcar D.O. graduated from Kalamazoo College in Michigan. While in college he studied in France during his junior year, and spent a semester doing research at Columbia University in New York. After receiving his medical degree from Des Moines University he began his residency training at Madigan Army Medical Center.

After completing his Family Medicine residency in 1993 Dr. Grajcar served in the U.S. Army Medical Corp for the next seven years. He reached the rank of major while holding many leadership positions. His last four years were spent in Heidelberg, Germany. After moving to Idaho in 2000 with his wife and his son, he worked for Saint Alphonsus Medical Group (SAMG). While employed at SAMG he served on the Executive Board and as Facility Medical Director for several years.

Dr. Grajcar opened Initial Point Family Medicine in 2007. He has strong interests in diabetes, dermatology and travel medicine. He also likes to spend most of his leisure time ﬂy ﬁshing, bird hunting, and camping with his family. 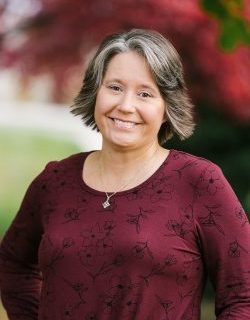 Katie Nielsen PA-C is a fourth generation Idaho native who grew up in Pocatello. She attended undergraduate school at Utah State University where she received a degree in Biology. After college she worked as a children’s behavioral therapist until starting her medical training. She graduated from the Physician Assistant Program at Idaho State University in 2001. Soon after graduation she moved to the Treasure Valley. Her career has focused on family medicine but she has also had the opportunity to work in various specialties such as Neurology, Urgent Care, and Mental Health. In recent years Katie has developed an interest in bio-identical hormone therapy. The aspect of patient care that she enjoys the most is getting to know her patients and their families while helping them achieve their health and wellness goals.

While not at work Katie and her husband take advantage of all the recreation that Idaho has to offer. She enjoys riding her bicycle, both on the greenbelt and in the mountains. During the summer you can find her camping, hiking, and playing softball. She is also an avid skier and enjoys bird watching. Katie likes to travel as much as possible and loves spending time with her family. 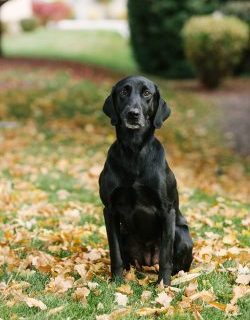 Billie The Office Dog joined Initial Point in the spring of 2011 when she was only a few months old. Billie is one of the hardest working employees at IPFM. She enjoys greeting and comforting patients at the office, taking long naps in the sun and patiently waiting for dog treats. In her off time she loves hunting for birds, playing outdoors and cuddling with her family.

Sign up to receive email updates about recent changes, important dates, and more!
Thank you.
We will be in touch shortly. Close